On 14 July 2016, I wrote a blog Data tells you what’s happening. Stories tell you why it matters with the following featured image.

Today, as I look back I can see how I was wrong to use an image that speaks about data being less than stories. In my storytelling work, I have always witnessed a war between stories and data, but what I now know is that there has to be a marriage between the two in order to achieve the best outcomes.

Chief Operating Officer (COO) of Facebook and Founder of LeanIn.org Sheryl Sandberg shared her views on TED Talk as to why we have so few women leaders, and her presentation does a great job of marrying data with stories.

Here is the story she told:

A couple of years ago, I was in New York, and I was pitching a deal, and I was in one of those fancy, New York private equity offices you can picture. And I’m in the meeting — it’s about a three-hour meeting — and two hours in, there needs to be that bio break, and everyone stands up, and the partner running the meeting starts looking really embarrassed. And I realized he doesn’t know where the women’s room is in his office. So I start looking around for moving boxes, figuring they just moved in, but I don’t see any. And so I said, “Did you just move into this office?” And he said, “No, we’ve been here about a year.” And I said, “Are you telling me that I am the only woman to have pitched a deal in this office in a year?” And he looked at me, and he said, “Yeah. Or maybe you’re the only one who had to go to the bathroom.”

She told this story to make the point that we do not have many women in leadership roles.

She also used a lot data in her story, such as “… out of 190 heads of state, nine are women. Of all the people in parliament in the world,13 per cent are women. In the corporate sector, women at the top C-level jobs, board seats — tops out at 15 to 16 per cent. The numbers have not moved since 2002, and are going in the wrong direction. And even in the non-profit world, a world we sometimes think of as being led by more women, women at the top represent only 20 per cent.

Author Steven Denning taught us that we must provide a route to the heart, which stories do brilliantly but also excite the mind, which data does brilliantly in order to make the change happen.

Here are the key takeaways:

1) It’s not about stories against data or vice versa but rather stories with data and vice versa.

2) Tell a story before sharing data because stories are a lot more engaging than data. Stories draw you in whereas data may lead to rationale judgement which can be a disadvantage right in the beginning.

3) When you shift from story to data, use a segue way such as “And numbers tell exactly the same story ….”

Data Storytelling is where you find the sweet spot to make the change happen. It is not Stories Versus Data but Stories With Data. 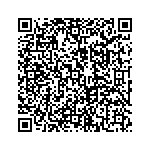