In Asian culture, a high premium is traditionally put on being right . The best way to avoid being wrong is to not say anything at all.

And anyone who puts a premium on being right will hesitate to subscribe to storytelling.

Because for business professionals it is relatively still a new way of communicating in Asia. And anything new, without enough data on success is risky.

A few years ago I was working concurrently with an American leader and an Asian leader on a purposeful story they had to tell. The American leader, was going to tell the story in Japan. We came up with a bold idea of telling her story through movie scenes.

For example, one of the point the American leader who was speaking on Women in STEM wanted  to make was , even if are feeling distressed at work  – you can’t show it. To enhance her storytelling we showed a scene from the famous movie ,Devil Wears Prada where the main lead is looking distressed. The leader never spoke about the movie or the scene but it was a visual aid that complimented her storytelling.

The leader loved the idea, we agreed on the strategy and I agreed to a deadline of turning this around in 24 hrs.

In the next 24hrs, she flew to Japan and I flew to Hanoi, Vietnam for another project. I landed in Hanoi and checked my computer because I was certain she will have questions for me. I had no questions, I got worried,  and messaged her – her response, ” I love the story and the juxtapositioning it with movie scenes.” Two days later she tells the story in the conference, someone I know was in the audience and I get a message from this person  –  It is my dream to speak like her, she is that fabulous.

Whilst I am thoroughly enjoying the success of my American client, I am also working an Asian leader who Is immensely talented, credible and capable. I have worked with her for a while now and this experience informs me to not try any big bold ideas like this with her. She will not take the risk.

The story we are working on is on managing crisis. My client has successful managed many crisis situation for which she has been globally recognised. Naturally, I want to tap in to her experiences. I am asking her to dig deep in to her experiences and share with me what happened. She is willing to share with me but doesn’t want to talk about herself whilst presenting. In one interaction atleast thrice she says, ” I don’t want to talk about myself.” I manage to convince her to dig a little bit in to her personal experience but not fully. She prefers to be safe.

In Asia we are still trying to be safe but not realising, the riskiest thing is to be safe. 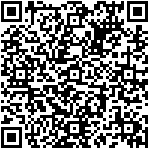