Storytelling: What can Corporate Leaders learn from Parents?

I am certain most of us heard our very first story from our parents or grand parents.

When I was told The Little Red Riding Hood Story I remember being told in the end the moral of the story is ,Never Trust Strangers.

Have you ever wondered why our parents did not just say, Never Trust Strangers and why the effort to tell a Story?

Because our parents knew that by just telling us, Never Trust Strangers we are not going to understand it, feel it, remember it and apply the message when required

After all communication is transfer of emotions and not just information.

In the  corporate world we have forgotten basics of communication.

Why do we say things like these? Selecting a right partner is important, Having the right team is key, these statements sound like common sense and we just ignore them. How about we add a story to this moral / point / key message?

I am sure you are wondering who has the time to do all that?

You can give a simple examples to convey your point.

Here is a example of how I conveyed a point using a story.

The point I want to make is

If a gift, favour, or service is meaningful, unexpected and customised, it can become a source for change.

The Story I will tell to convey this point is

*Abu Jandal, Osama bin Laden’s former chief body-guard who was captured and put in a Yemini prison post 9/11. All attempts to get Abu Jandal  to reveal information about Al Qaeda’s leadership had failed. However whilst the interrogation was going on, the interrogators noticed that Abu Jandal didn’t touch any of the cookies offered to him with tea.They later learned that he was a diabetic and couldn’t eat anything with sugar in it.

At their next meeting, the Americans brought him some sugar-free cookies, a gesture that took the edge off Abu Jandal’s angry demeanor.

According to one of the interrogators, that was a key turning point: “We had showed him respect, and we had done this nice thing for him, “So he started talking to us instead of giving us lectures.” In subsequent sessions, Jandal provided extensive data on Al Qaeda operations, as well as the names of seven of the 9/11 hijackers.

This is a great example of meaningful, unexpected and customised service.

Storytelling plays a fundamental role in making your messages stick. It is really up to you to effectively use this or keep thinking of ways why it wouldn’t work.

*Story Source : Robert Cialdini in his book Pre Suasion : A Revolutionary Way To Influence and Persuade 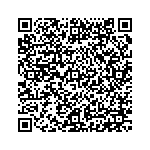