Philippe, the son of a French duke, became quadriplegic following a paragliding accident in 1993. At first, he didn’t adjust well to his disability, once attempting suicide by wrapping his oxygen tube around his neck. But his spirits turned around after hiring Abdel Sellou, a recent Algerian immigrant and former criminal who had only applied for the job to fulfill the income support requirements of his French visa.
– “He didn’t feel sorry for me. He was irreverent, cheeky and had an outrageous sense of humor. I suddenly found I was enjoying life again, feeling like I didn’t know what was coming next,” Philippe recalled. “This is the guy I needed. I don’t give a damn that he is out of jail. I needed him. And he became a friend afterwards.”
–

Together, the duo would routinely pull elaborate pranks, like when Abdel got pulled over for speeding in Philippe’s Rolls-Royce, but convinced the police, with Philippe playing along, that he was rushing his ward to the hospital to treat a seizure. Philippe even souped up his wheelchair so he could race it at high speeds with Sellou hanging off the back.
– “He treated me like I needed to be treated in the tough times ahead, I needed to be back on track. Pity is the last thing you need. Pity is hopeless. Pity is what someone gives you because he is afraid to take care of you.” Philippe said.
–

In 2001, Philippe published a bestselling memoir, A Second Wind, about his life and his odd-couple relationship with Sellou, which was turned into 2011’s French film The Intouchables. A huge box office success in France. It was remade twice in 2016, in Argentina and in India, and in 2018, a Hollywood remake called The Upside starring Kevin Hart and Bryan Cranston.
– **Source: https://www.newsweek.com/upside-movie-true-story-bryan-cranston-kevin-hart-1287456 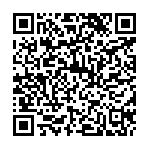