The Power of Amor Fati

Up until a month ago I knew nothing about Amor Fati, what it meant, what was the origin or relevance but over the last one month I have  tried to build a meaningful relationship with this term which is centuries old.

It is one of those terms the power of which is witnessed when practiced not when explained.

The great German philosopher Friedrich Nietzsche would describe his formula for human greatness as amor fati—a love of fate. “That one wants nothing to be different, not forward, not backwards, not in all eternity. Not merely bear what is necessary, still less conceal it….but love it.”

At age sixty-seven, Thomas Edison returned home early one evening from his work for dinner with his family. He was then America’s most famous inventor, enjoying his eminence and financial success. But this tranquility was threatened permanently that evening when, as he finished eating, a man came rushing into his house with urgent news: A fire had broken out at Edison’s research and production campus a few miles away.

Edison calmly but quickly made his way to the fire, through the now hundreds of onlookers and devastated employees. Finding his son standing shellshocked at the scene, Edison would utter these famous words: “Go get your mother and all her friends. They’ll never see a fire like this again.

Don’t worry, Edison calmed him. “It’s all right. We’ve just got rid of a lot of rubbish.”

An insane reaction, hard to comprehend isn’t it?

Years and years of priceless records, prototypes, and research were turned to ash. The buildings, which had been made of what was supposedly fire-proofed concrete, had been insured for only a fraction of their worth. Thinking they were immune to such disasters, Edison and his investors were covered for about a third of the damage.

Yet despair was not the reaction that Edison turned to. He did not weep. He did not rage. He did not throw himself into the flames.

Instead, he got to work. He told a reporter the next day that he wasn’t too old to make a fresh start, “I’ve been through a lot of things like this. It prevents a man from being afflicted with ennui.” The fire that destroyed his life’s work actually invigorated him.

Within about three weeks of the fire, Edison’s factory was partially back up and running (thanks in part to a loan from his friend Henry Ford). Within a month, its men were working two shifts a day churning new products the world had never seen. Despite a loss of almost one million dollars (more than $23 million in today’s dollars), Edison would marshal enough energy to make nearly ten million dollars in revenue that year ($200 plus million today). He took a spectacular disaster, and turned it into the spectacular final act of his life.

To practice Amor Fati you don’t have to find yourself in situations like factory burning.

You are about to go for as run, it rains, great you have a chance to do strength training.

Someone steals your idea, come up with an even better one.

Amor Fati prompts us to say: We will put our energies and emotions and exertions only where they will have real impact. This is that place. We will tell ourselves: This is what I’ve got to do or put up with? Well, I might as well be happy about it.

Not: I’m okay with this.

Not: I think I feel good about this.

But: I feel great about it. Because if it happened, then it was meant to happen, and I am glad that it did when it did. I am going to make the best of it.

And proceed to do exactly that.

If the event must occur,  amor fati is the response.

The power of amor fati is that it wastes no time. 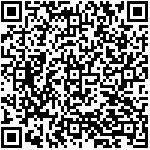