In B2B, the biggest story one aspires to create is, my boss is happy and shareholders are happy.

It’s the need to create this same story that sometimes leads the CFOs to emphasise on cost cutting, because they need to make sure that the boss and shareholders are happy. Cost cutting can improve short-term profits and boost the current share price, but are they long-term gains too?

An American Multinational computer technology company based in Texas, United States, that develops, sells, repairs, and supports computers and related products and services.

Here is the Sad Story of Dell

Dell discovered that it could lower the cost of production by asking ASUSTek to make simple circuit boards inside a Dell computer. As a public corporation, Dell could go to Wall Street and show how off-shoring would lower Dell’s operating cost and remove manufacturing from its balance sheet.

Then one day, Asus came to Dell with an interesting proposition: “We’ve done a good job making these little circuits for you, let us supply the motherboards for your computers, too. Making motherboards isn’t your competence—it’s ours. And we can make them for a 20 percent lower cost.” The Dell analysts realised that not only could Asus do it cheaper but it would also allow Dell to erase all the motherboard-related manufacturing assets from its balance sheet.

After it had reorganised to accommodate this arrangement, Asus came to Dell and said, “We’ve done a good job fabricating these motherboards for you, why don’t you let us assemble the whole computer for you, too? Assembling those products is not what’s made you successful. We can take all the remaining manufacturing assets off your balance sheet, and we can do it all for 20 percent less.”

The Dell analysts realised that this, too, was a win-win. That process continued as Dell outsourced the management of its supply chain, and then the design of its computers themselves. Dell essentially outsourced everything inside its personal-computer business—everything except its brand—to Asus.

Then, in 2005, Asus announced the creation of its own brand of computers. In this Greek-tragedy tale, Asus had taken everything it had learned from Dell and applied it for itself.

From a profitability point of view, there is nothing strange about this story. It made sense to outsource, so Dell did that, but at what cost?

In the end, Dell did not vanish and did reinvent itself, but it’s important to take note and ask, “Is short-term profitability so important that we can overlook the long-term gains?”

I highly recommend Agile Managers to practice this type of storytelling when stuck in a boardroom with stakeholders who are outsourcing, cost cutting and driving short term profitability. 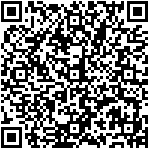