The Meaningless Stock of Skills

For Yoky Matsuka, childhood was a period of confusion and blur. Growing up in Japan in the 1970’s everything seemed laid out for her in advance. Her parents believed in the importance of sports in her development and pushed her into competitive swimming at a very early age. They also had her take up the piano.

For other children in Japan it may have been comforting to have their lives directed in such a fashion but for Yoky it was painful she was interested in all kinds of subjects particularly maths and science. She liked sports but not swimming she had no idea what she wanted to become or how she could possibly fit into such a regimented word at the age of 11.

She finally asserted herself she had had enough of swimming and wanted to take a tennis. Her parents agreed, this would then begin Yoky’s journey to learning tennis with passion. She would travel long distances outside of Tokyo to learn and would use the travel time to practice maths and science. The travel time would just pass because she was doing what she loved.

In some free moments on the train Yoky would think about her future. Science and sports were her the two great interest in life. In them she could express all the different sides of her character-  her love for competing, working with her hands, moving gracefully, analysing and solving problems.

But in Japan you had to choose a career that would generally be quite specialised whatever she chose would require sacrificing her other interest which depressed her to no end. One day she daydreamed about inventing a robot that could play tennis with her. Inventing and playing against such a robot would satisfy all of the different sides of her character but it was only a dream.

Although she had risen through the ranks to become one of the top tennis prospects in Japan she quickly realised this was not to be her future. In practice no one could beat her but in competition she would often freeze up and lose. She also suffered from debilitating injuries.

She realised she would have to focus on academics and not on sports. After attending a tennis academy in Florida. She convinced her parents to let her stay in the States and apply for University of California at Berkeley.

She could not decide a major, nothing seem to quite fit her wide-ranging interests for lack of anything better she took electrical engineering. One day she confided to her professor in her department about her youthful dream to build a robot to play tennis with her. it was surprising that the professor did not laugh but instead invited her to join his graduate lab of Robotics.

There she showed up so much promise that she was later be admitted to graduate school at MIT where she joined the artificial intelligence lab of robotics pioneer – Rodney Brooks. They were developing a robot with artificial intelligence and Yoky volunteered to design the hands and arms of the robot. Her design dazzled Brooks and she finally could do something that catered to all her interests. Although this was not sports, she would be working with here hands to design the hand.

What is intriguing about this story is the Yoky’s ability to spot opportunities for progression. We work incessantly on skills but then stare at the wall thinking how do we apply those skills. We are good at looking at a single skill and see the oppurtunity with it but not with multiple skills.

The opportunity to put the skill you have in to action is not as obvious as we think but It is that skill which makes you unique. Let’s you choose a path untravelled.

In my work in storytelling, my bigger role is helping people spot the opportunity to storytell versus teach how to storytell.

The meaningless stock of skills serves no purpose. 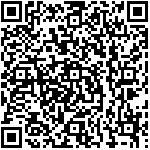