Jack Welch says “I blew up a (GE) factory the first year I was there.” I was in mid-twenties then. “I was running a little pilot plant. It all exploded, went to hell.” (Pilot plant refers to testing. He experimented with a new formula and KaBoom.) “I was called to New York because my boss didn’t know me anymore once I had that accident.

So he sent me to New York to explain it to the higher-ups. I was thinking I was going to get fired.But I was called in the room and asked “ what did you do wrong. What have you learned.” I was engaged and made to reflect upon what did I do wrong versus made to feel guilty. And I learned never kick anybody when they’re down.

No one would ever say that I was soft by any means. But they would never say that I beat on anybody when they were down.” “Tipping points (are) learning experiences from complete failures.” S

ource: Jack: Straight From the Gut, Book by Jack Welch 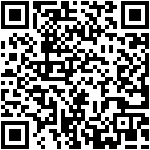