Storytelling : If NASA can you can

As I write this blog in another window of my computer I am writing a proposal for a company that wants to craft stories for positioning its Brand as an Employer of Choice. I have had several discussions with this client and everyone in the company is very keen to jump in to this project and for me Its a dream consulting project because  I get a real kick out of solving real life business communication challenges.

The only challenge with this project is I cannot use the word story because its considered kidish, not true , fluff, plots, myths and all things negative.

I thought this was the perfect time to share a NASA case study I read in doctoral dissertation research by Katherine H Hansen author of Tell Me about Yourself: Storytelling to Get Jobs and Propel Your Career

On January 30, 2002, The United States Government Accounting Office (GAO) released a report entitled NASA: Better Mechanisms for Sharing Lessons Learned. Motivated by the costly 1999 losses of the unmanned spacecrafts Mars Polar Lander and Climate Orbiter, the report concluded that “NASA’s processes, procedures, and systems” did not “effectively capture and share lessons learned and therefore, NASA has no assurance that lessons are being applied towards future missions” (p. 1). The report noted that NASA had undergone significant organizational change beginning in 1992 with a mandate to complete projects “faster, better, and cheaper” (p. 2). While the GAO acknowledged that NASA had initiated systems to capture and share lessons learned, the failures of the two spacecraft in 1999 “raised concern that NASA was not learning from its past mistakes and applying lessons learned toward future mission success” (p. 43). One of the GAO report’s recommendations was that NASA employ storytelling as a mechanism to ensure that lessons were learned. Exactly one year and two days after the GAO report was published, the space shuttle Columbia disintegrated upon re-entry into the Earth’s atmosphere, killing all seven astronauts aboard.

The notion of using storytelling to share knowledge at NASA was not entirely new. Storytelling was a component of NASA’s Knowledge Sharing Initiative founded in 2000. Just a few weeks after the 2002 GAO report was issued, a consultant, story proponent, and author of the book The Story Factor spoke at a NASA Masters’ Forum, a semi-annual program produced for NASA and other project managers by the Academy of Program/Project and Engineering Leadership (APPEL), a significant player in the space agency’s Knowledge Sharing Initiative. The author said, “We need stories because cognitive learning doesn’t always cut it ” author’s name is Annette Simmons

What sticks for me is, “We need stories because cognitive learning doesn’t always cut it“ . Now, this statement was made in 2002 and seemed relevant then. Cut to 2015, our challenges have grown with overwhelming information and noise inundation but there has been minimal growth in many parts of the world when it comes to understanding the importance of Storytelling.

So, I am surprised, baffled, confused and sometimes a little bit disappointed that Storytelling is still associated with kidish, not true, fluff, plots and all things negative. I mean, if NASA can, you also can use the power of the Storytelling discipline for better business outcomes. 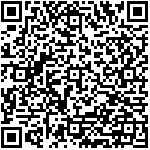