“We want to tell our story.”

“We want people to understand what we do.”

We want people to know why are we different from others.”

“We want data in the story that brings credibility.”

These are some not all of the “We wants” I hear from brand marketers when we work on a story with them.

The American Cancer Society creates an impact without the crutch of “we wants”. Find out how?

* The American Cancer Society (ACS) has invested $5 billion in research, but you won’t see that statistic in its new print and TV ads. Thanks in large part to the ACS, the nation has seen a 26% reduction in cancer rates since the early 1990s. Once again, you won’t hear about it in new ads.

While these achievements give the American Cancer Society its credibility, statistics don’t necessarily encourage individual donors to open their wallets during the most critical season of the year for charity donations.

After conducting an extensive quantitative study of potential donors, the lesson they learned will help any organization make a deeper connection with donors, prospects, or customers.

The path to a person’s mind runs through the heart. The American Cancer Society need to build trust and credibility while touching people’s hearts. After ACS leaders studied the results of their survey, they realized that big numbers made people less likely to make donations of $25, $50 or $75 dollars. Why? Because a figure like $5 billion makes people feel as though their donation doesn’t matter. The truth is individual contributions do matter—they matter a lot.

Building Brand Love.  Love, by definition, is a heart-felt emotion. Statistics—no matter how big and impressive—aren’t emotional. What is? According to ACS’s research, donors were more influenced by personal stories of real cancer patients. Three ACS programs in particular resonated with people on an emotional level: providing cancer patients with rides to treatments, free housing near hospitals or treatment centers, and a 24/7 live helpline.

Thirty seconds of a personal story focused primarily on one service like free rides to chemo. There’s no mention of the billions spent on research, the breakthroughs ACS has funded, or how many people are touched by the ACS’s services. There’s no mention of the name of the program: Road to Recovery. Donors don’t connect with titles, statistics or large numbers; they connect with one person’s story.

If you want data, there’s plenty of it on the ACS website. The organization has provided more than 340,000 rides to treatment and other cancer-related appointments. Its provided nearly 452,000 nights of free lodging at its Hope Lodge communities. The ACS runs a 24/7 live chat helpline which has fielded more than 1.34 million calls. These statistics might impress you, but they won’t make an emotional connection with you. 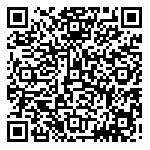