This blog focuses on the key reason why most productivity tools never make organisations as productive as they should.

I have a vivid memory of being in the middle of a busy working day and an Outlook invite landed in my inbox with a Subject line : Salesforce Training.

I opened the invite. There was long paragraph in the notes that seemed like a cut and paste from somewhere. I was super busy. So, I ignored it and thought, ” I will look at it later” .

Well, a week later, I had the office administrator come up to me and ask me, ” Are you coming for the training? ” I looked at her and asked , ” What training ?” She gave me a frustrated look and said, ” Why are you all so hard ?” I figured I had done something wrong and it had something to do with the invite that I had ignored.

So, feeling guilty, I sheepishly walked in to the training room and realised that the majority of my colleagues had not accepted the invite and now we had to quietly sit and attend training on something called “Salesforce”. So, without any clue on what we were there to get trained on, we sat there on our smart phones pretending to listen.

What were we doing on smart phones ?

A week later, we were told ( via email )  to input information like client details, all project details and all email correspondences into Salesforce…Of course, none of us did it.

I was very frustrated with being questioned in every sales meeting “Where is the information in Salesforce?” I finally gathered the courage to ask my boss, ” Why do we need Salesforce ?” It doubles my work. I send an email from outlook and then I have to copy paste it in Salesforce.( nobody had taught us that we could integrate Outlook to Salesforce )

My boss turned around and in room full of people said, ” I know its a moot ” (having little or no practical relevance). Honestly, I did not really understand what she meant by moot at that time so I did not question back but my colleagues and I continued to not use it because we saw no relevance in it.

Salesforce never brought in the productivity it was meant to but it was not Salesforce’s fault. The problem lay in its introduction.

How you introduce change in the organisation plays a big role in how motivated the employees feel about the change. Here is an example of someone who had a simple yet very effective way of introducing change.

I had a boss who had a brilliant way of introducing new initiatives. He used to find a time when most us were in the office and walk around with a loud hailer and say I have exciting news to share… come to pantry, not boardroom in 5 mins. We would gather and there would be music and something nice to eat. He would talk about a moment when he struggled with productivity, which made him think about getting a new tool that could help him. He shared personal stories of frustration and they resonated with us.

He would mentioned how he was going to make an effort for each one us to be taught how to do things faster and easier. We all agreed and couldn’t wait to get trained. We achieved the desired outcome every time under his leadership. Of course, I only now realise that he had a well thought out, planned way to introduce change. 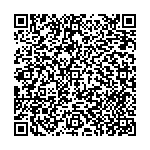