15Five : Story of a tool that increases productivity in mins

Couple of weeks ago I received an email which told a story about someone who found ways to improve productivity, lift profits, and better manage remote resources using something called 15five. The email also had a audio in which  Ken Everett (N2N Hub, Australia ) is having a conversation with Iain Chalmers (Holst Group, UK) who is using 15five and being productive. The conversation was insightful and I concluded that 15five is an idea worth spreading.

Maria  is the Regional Director of Sales for a technology company & leads a team of 17 people. Maria’s team is spread out in SEA and her travel schedules are insane.

As a result, its very hard for Maria to know the pulse of her team. Sure, she gets reports and formal updates but that is not the pulse of her team. The pulse is in understanding what are the challenges the team is facing in doing their jobs well, what do they want to achieve in the near future etc. In summary, the stuff that matters, but gets ignored.

Maria has had a huge staff turnover recently and feels highly unproductive because she is forever having to hire, train and lose people due to the challenges they face. She only gets to know about the issues after they have happened and its too late to do anything.

Then Maria gets introduced to 15five which makes her productive.

I am sure there are many of us like Maria who struggle to find the pulse of our teams and feel unproductive. 15five is for here for you. 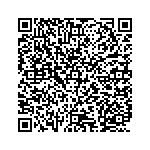