When do I deliver my best work?

If I say, early mornings, you’d probably say, “I know that already!” because mornings are known to be the best time for most people to deliver their best work. However, I would like to dig deeper and share what most people don’t realize.

I do most of my work that demands cognitive focus (what Cal Newport calls “deep work”) in the morning. After a couple of hours, I would normally go for a run or do some physical activity before my daughter wakes up.

I have been following this routine for years. One day, I noticed a pattern in that every time I resumed the “deep work” after I’ve gone for a run, showered and sent my daughter to school, I would inevitably deliver much better work.

This observation led me to do further research, and I found out there is a process called consolidation. The easiest way to explain this is by using the example of roasting chicken. Those who are good at roasting chicken would know that after roasting, the chicken would need to sit for awhile in order for all the flavours to emerge.

Similarly, doing physical activity after the early morning “deep work” allowed me to sit with the deeper thoughts for awhile before things became clearer to me.

Research has shown that breaks and sleep are important for consolidating memory patterns associated with new learning. Exercising between the learning enhances the cognitive process. Intense exercise sessions can boost the brain’s ability to memorize and consolidate new motor activities and reduce neural activation, which may help free up parts of your brain to do other things.

In essence, if you follow the pattern of deep work, exercise, deep work, it may work for you too. 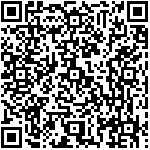