Corporate Adulation? The Phrase Doesn’t Exist… But maybe it should

This article was originally published on Huffington Post on 29 January, 2017

Recently I have been scripting and directing corporate videos. For me when I storytell with videos as a medium, the task is – In 2.5 mins unlike a standard corporate commercial, tell a real human story which makes people say – “ I can connect with that and want that product/service.”

As a Story Practitioner I fell in love with this form of storytelling, primarily because of the challenge involved in finding these true stories. To get better at it I started watching interviews of movie directors and actors mainly with an interest in understanding the process of filmmaking.

Whilst I was watching these interviews I got fed up of listening to actors repeatedly say “I love my job”. What often ran through my mind is, how is it possible that they all love their jobs? That level of passion is unheard of and why do we never get the same passion in a corporate set up where just like actors, our employees are the performers.

Here is what I think is going on
The acting profession is in no way easy. Long hours, fierce competition, rejection and no guarantee that you will have another film, but it also offers something unique called Public Adulation that drives the actors to prepare, perform and persist until they become movie stars.

What is Public Adulation?
Adulation is defined as excessive admiration or praise and when it comes from the public it becomes Public Adulation.
Something more than only money drives their passion. What is more meaningful for them is Public Adulation.
The degree of adulation for movies stars is so obsessive that there is a syndrome named for it called Celebrity Worship Syndrome

Even though the role of a leader and a director is similar, what a movie director can get out of an actor is very different to what a corporate leader can get out of an employee.
Does the difference in performance have something to do with the adulation garnered in movies and lack of it in Corporate Business?
I was very keen to find out if my curiosity on this topic could lead me to some research .However, I was surprised when I found Google didn’t recognise the phrase Corporate Adulation and thought I was looking for Corporate Education (see image below )

In the absence of any research that I could find, here is what I think are the differences between an actor and an employee that may explain the difference in engagement and love for their work.

But what is point of this observation?
The point is to make every corporate director aka visionary think.. Can I create Corporate Adulation for my top performers?
Sundar Pichai, the CEO of Google Inc. clearly was performing remarkably through out his career, but he only started getting adulation post the CEO title got attached to his name. He became the visionary, he got the adulation. When he was a performer like an actor …We did not even know who he was. That is a complete opposite of what happens in the movie business and perhaps that is why all actors love their jobs.
Can we reverse the Adulation Cycle in Corporates ? 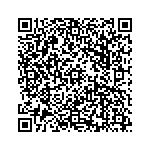