It was meant to be normal hectic day at work where I would go about managing my responsibilities in distribution and inventory management , working mostly on demands coming from seven retail locations and corporate orders for information technology products.

However, as I walked through the main entrance of the modern building with nice big glass doors, something looked different. Local police officers were at the lobby. The receptionist said, “Good Morning Ashik”. But, the police officers directed me to the lunch room down the hall. As I went inside the lunch room, all other employees were there as well. I was told by others that we have been raided. We were held there for some time and released later to go home.

Next day, I went back to work expecting things to be different. Meeting was called in the meeting room for all corporate staff. The CEO gave a brief on company closure within three months without mentioning any specific reasons. The Vice President of Operations instructed time frames of different staff to be laid off. I was in the last group, as inventory needed to be liquidated. I was relieved to hear that I had some more time.

I started looking through inventory in the distribution center and all locations to complete the process of inventory liquidation.

I had to identify inventory for the cause of the problems and prepare reports. Yes, the problem which had led to the company closure and here is what I found out.

The company was a major distributor of computer hardware, software, peripherals, and accessories by major manufacturers. Due to strict terms for warranty by manufacturers no other components could be added or replaced in the computer systems to cover under warranty.

The company had corporate contracts with major companies and government agencies. There was a need for large order by a government agency. One of the components required higher capacity that was unavailable. So, our company obtained the components with higher capacity from third party. Technical department installed them and changed the labels to match the requirement for the order. Inventory was adjusted by the IT department to match.

Everything was good and we enjoyed few parties including bringing Indian caterer with Tandoori oven in the warehouse. My salary was doubled within 1 year. I was having a good life of Southern California. Most upper management including myself either had BMW or Mercedes Benz. I was offered one, instead I asked for the raise. Then, the IT department of government agency purchased the computer systems with modified component needed to call the manufacturer for warranty service. But, the model number did not match with the labels. In other words, they spilled the beans. They crushed our parties and made us to say good bye to our jobs. 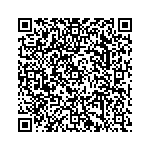