Data Storytelling: Data tells you what’s happening. Stories tell you why it matters.

This blog is for you if you have the job of taking numbers and then explaining why these numbers matter. I have blogged on a similar concept using statistics before. You can find that blog here.

I have increasingly been doing a lot more data related storytelling projects. Here one thing which is basic but seems to be missing when we communicate numbers.

Lets try and understand this using an example

On Friday, March 11, 2011, a 9.0-magnitude earthquake struck off the coast of Tōhoku, Japan, resulting in a catastrophic tsunami.

Example 2 :
The same information was reported by The New York Times like this,
On Friday, at 2:46 p.m. Tokyo time, the quake struck. First came the roar and rumble of the temblor, shaking skyscrapers, toppling furniture and buckling highways. Then waves as high as 30 feet rushed onto shore, whisking away cars and carrying blazing buildings toward factories, fields and highways.

By Saturday morning, Japan was filled with scenes of desperation, as stranded survivors called for help and rescuers searched for people buried in the rubble.

While facts and data form the backbone of this story—2:46 p.m., 30 feet high—it’s the flow of the story that ties them all together. Words like “roar” and “shaking” add feelings  to the facts, making them easier to relate to.You can’t really think about earth quake without thinking about shakes and roars!

The most important part of this story is

By Saturday morning, Japan was filled with scenes of desperation, as stranded survivors called for help and rescuers searched for people buried in the rubble
Which example according to you is better communicated?

If your answer is example 2, you are like most people. Upon reading this information, a lot of us think, this is common sense but surprisingly this is one of the mistakes that surfaces the most in Data Storytelling work I have done.

Stories tell you why it matters.

The example used above is from a Whitepaper on Data Storytelling by Tableau. Thank you to my blog reader Shaurya Sharma for sending me the white paper. 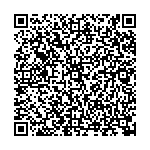