In this blog I give a few tips on building credibility with the audience.

So, lets get started,

Who am I speaking to and why should they listen to me?

A couple of months ago I had the privilege of coaching a data analyst, who is Swedish but based in Singapore and works on the e-commerce strategy of a growing MNC. The desired outcome from the coaching was – A 30 mins data storytelling presentation for the CEO.

He shared his data findings with me and  they looked pretty solid. Of course, we needed to work on his delivery etc but before we did that I asked him, How long have been working in Singapore? His answer, ” less than a year”. His answer led me to ask a few more questions.

1) Have you presented to your CEO before or this will be the first time?

Sam’s response : ” this will be second time, first time was as disaster”

Sam’s response : ” he stopped me 10 mins into presentation. So, I am bit nervous and this time my boss recommended I take help from you.

We straight away changed our plan for the day and started working on Building Credibility.

If they already trust you and you have worked with them in the past, Its perfectly fine to start with data storytelling. But if that is not the case building credibility precedes everything. People need to trust you and have faith in your ability before they start giving you their time.

” My insights for the project in conversation come from an experience that I would like to share.

May 15th, 2004 – It was in Johannesburg when the results of the hosting bids for 2010 FIFA world cup were meant to be announced. South Africa lost the bid for the 2006 world cup to Germany in a closely fought contest.

South Africa was up against Egypt, Libya and Morocco this time around. A poor showing at the African cup of nations did not do any good for their chances to host the prestigious tournament.

Nevertheless, the rainbow nation was quite upbeat about their chances. When the then FIFA president Sepp Blatter announced that South Africa would indeed be the host for 2010 WC the nation erupts in joy.

4 months later, I received a call from Durban City Manager – Dr Michael Sutcliffe’s office asking me to come over for a meeting. I was personally involved in several projects for his office and hence thought it was a routine call up for a project review.

When I landed at his office there were 7 other people in that conference room and most of them were not familiar to me.

Dr Sutcliffe walked in and announced that this was the Technology task force that he was assembling to get the “Project” underway. I was still puzzled as to what is this so called “Project”.

It was only after the first 15 minutes into the conversation that I realized that it was the FIFA 2010 where Durban was to host 3 group matches and 1 semifinals. The members I see in front of me were meant to work on the entire technology strategy and roll out leading up to the event.

As an ardent football fan I was excited and privileged to be there. The event was a grand success and free from any glitches. They were gracious enough to host me for the Germany Vs. Spain semifinals.

My name is Vish and I learnt a lot during my time at the Task Force and I am here to share some of my experiences and insights.”

A question I have, after listening to that story. Do you have a doubt in your mind about Vish’s  credibility or do you have all ears open for him? 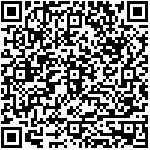