This blog is for you if you are of an opinion that persuading people to change on an intellectual basis is enough.

I recently worked with a prominent IT company where the brief was to develop a Change Management Narrative to manage significant changes that were being implemented within the business.

On the first day of the project I looked at all the reasons why the changes were being introduced. The reasons sounded something like this

The reasons are all rational and correct. But the faith that reasons alone will result in acceptance of change by staff has never really been borne out in practice. “People are not inspired to act by reason alone.” (Fryer, 2003).

Think about what the Three Little Pigs would look like if we reduced the story to conventional rhetoric.

Now, let us look at the original story

The big bad wolf tried to huff and puff and blow the house down, but he could not. He kept trying for hours but the house was very strong and the little pigs were safe inside. He tried to enter through the chimney but the third little pig boiled a big pot of water and kept it below the chimney. The wolf fell into it and died.

The two little pigs now felt sorry for having been so lazy. They too built their houses with bricks and lived happily ever after.

When reduced to conventional rhetoric it is neither interesting nor memorable, but the biggest disadvantage is that it does not influence or excite an individual to take action.

Here is what I ask you to consider…

If you are responsible for Change Management would you now effect it with Conventional Business Rhetoric or with a Business Story ?

I was inspired by Libby Spear’s Slide Deck to write this blog. 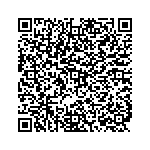