Change Storytelling: What is wrong with how I am doing it?

“Please turn on TunnelBear (a secure VPN service) when you travel overseas and use hotel WiFi.” This is what a well-wisher has been telling me for years and I have had a standard response to this advice, “Yes” but the truth is, I never turned TunnelBear on because it was an effort which I was being asked to make for something I didn’t think was required. My assumption and belief was, the whole world uses hotel WiFi, there is nothing wrong with it.

However, a few years ago something happened that challenged my assumption and belief.

I watched Snowden, a movie based on Edward Joseph Snowden, an American computer professional, former Central Intelligence Agency (CIA) employee, and former contractor for the United States government who copied and leaked classified information from the National Security Agency (NSA) in 2013 without authorisation. There are scenes in this movie that challenged my assumption and belief which led to the change, and now I always turn TunnelBear on. Its the storytelling that showed me what I was doing wrong.

My initial behaviour of not finding anything wrong with what I was doing is no different to employees in an organisation who do not jump and embrace change, but on the contrary, question it. What is wrong with how I am doing it?

The problem is that it doesn’t challenge their assumption and belief. Their current way of doing things is as normal to them as an involuntary reaction is to a human.

So, unless we demonstrate to them how what they are doing is wrong, we won’t be able to initiate the change. Just like the movie had demonstrated to me that my careless behaviour of not turning TunnelBear on was wrong.

It’s not that they don’t want to change but the bigger problem is, they see no point in changing

And as changemakers, that is what we need to address first. 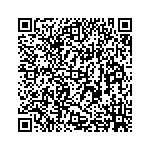