Change Storytelling : And why must I begin with a Personal Story?

Leadership team of a large MNC is working on a change story.

The team is knowledgeable, so eliciting reasons / benefits from them to structure a change story is fairly simple.

We have the reasons/ benefits, its now time to wrap a story around them. Once the leadership team is taught how to assemble a story, they get through that step very quickly.

At this stage, I am thinking, its so easy to construct a change story with this team. However, my judgement was premature.

As soon as I make the suggestion, I notice inertia and some rolling of eyes. I can’t hear but I can see there are questions in their mind like,

Why must I begin with a personal story?

What has my personal story got to do with this change and why should anyone be interested?

This doubt about whether sharing personal stories is right or wrong in a business context lingers in many people’s mind. CEO of Cisco John Chambers  told a story in a conference about him being dyslexic. Chambers didn’t realise his wireless microphone was still on as he was talking a girl who had asked a question in the conference. He had inadvertently revealed his secret to the company and the world. He wondered, Had he shared too much?

When Chambers returned home that evening, he had several dozen voice messages and emails from employees who wanted to thank him for sharing his story. They told Chambers that he had inspired and connected with them in a way he never had before. John Chambers had learned “the power of admitting my vulnerabilities and sharing my own story.” As Chambers began to talk about dyslexia more openly, he realised that what he had perceived as a weakness was actually the source of his greatest strength.

The truth is your personal story has the power to connect you with your audience like nothing else does. Of course these words like personal, story and power seem worthless until you experience them. And I hope you will make an effort to experience the power of personal stories to create a connection.

In organisational Change Storytelling, personal stories have a significant role to play. 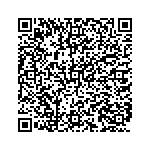