How Singapore Airlines sparked a desire to change in me?

February 2001, I am sitting in an amphitheatre along with 10 other girls who are all going to become Singapore Airlines flight attendants post a 3 month training program.  Its our day 1 in the Singapore Airlines Training Centre and we are just about to start our orientation.

I am expecting for someone to come on the stage and start a powerpoint presentation with details like,

Company Vision, Mission, Values etc but none of that happens, the screen drops down and a video plays.

This is a 1 min version of the video that played.

At the end of this video, I was clear about what I was going to become. The next 3 months of challenging training, adhering to the very high grooming standards, early reporting time, safety procedures, struggle with understanding foreign accents and of course being home sick ( I am born and brought up in India ) were things I learnt to deal with because I knew, if I got through that, I would be the girl I saw in the video.

Similarly, Crystal Jones a primary school teacher wanted to spark a desire for change in her students. Upon taking command of her class of 1st graders she set them a target: ‘By the end of the year, you are going to be 3rd graders!!’

She duly informed her charges that they were no ordinary pupils, but ‘scholars’ – and she taught them what that meant. Not only that, she also encouraged them to use the title when talking to each other. When someone happened to visit the class and asked why the pupils addressed each other in this way, the whole class responded in chorus that ‘A scholar is someone who lives to learn and who is good at it!’ – so clearly such a title was appropriate for them.

When spring came, tests showed that the class had reached the level required for 2nd grade, so Jones threw a graduation party. From that point on, the students were to think of themselves as ‘2nd graders’ and the kids enjoyed immensely referring to themselves as such for the rest of the year. By June, Jones had reached her objective: in terms of scholastic achievement, 90% of her class were at 3rd grade level or higher! (Heath & Heath 2011)

If Jones had told her pupils that by the end of the year they would have covered say ‘fractions’ and ‘decimals’ that would have meant nothing to them. Instead, she chose a goal that would resonate with little kids: ‘I’m going to be a 3rd grader!

If you want to spark a desire to change in people a Destination Postcard is a must. 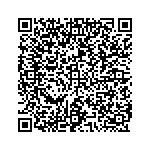