Gender Diversity leads to Innovation can be Ignored

Research proves Gender Diversity leads to Innovation. We have heard this statement a million times and it is now noise versus great news. But, despite having heard this statement several times the importance of this statement has not reduced which puts the communicator in a difficult situation because it is an important statement that needs telling but when told falls on deaf ears.

What is the solution?

In a form of a  story is a solution. If we shared stories highlighting the fact we did not make a world for women and how Gender Diversity can help us solve that problem we will drive the desired outcome.

*In 1997, a British female police officer was stabbed and killed while using a hydraulic ram to enter a flat. She had removed her body armour because it was too difficult to use the ram while wearing it. Two years later, a female police officer revealed that she had had to have breast-reduction surgery because of the health effects of wearing her body armour. After this case was reported, another 700 officers in the same force came forward to complain about the standard-issue protective vest.

But although the complaints have been coming regularly over the past 20 years, little seems to have been done. British female police officers report being bruised by their kit belts; a number have had to have physiotherapy because of the way stab vests sit on their body; many complain there is no space for their breasts. This is not only uncomfortable, it also results in stab vests coming up too short, leaving women unprotected.

So, repeated use of important statements rarely changes our world but unique stories that convey the same point over and over again make the change happen. 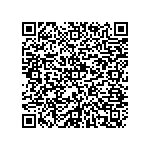