Storytelling for women in a boardroom is a hard, we all know that already but what is the solution? We share a strategy to overcome this challenge in this blog.

Mita Mallick, who is now the Head of Inclusion, Equity and Impact at Carta shared an opinion during an online meeting but her voice was drowned out.

“I’m interrupted, like, three times and then I try to speak again and then two other people are speaking at the same time interrupting each other,” said Mallick.

When she finally did get a word in, she couldn’t gauge anyone’s response. She cracked a joke and couldn’t determine if anyone was laughing. She couldn’t tell if anyone agreed with the points she was trying to make. She just saw blank stares. She isn’t the only one frustrated with the new reality of plugging into meetings from home. But the online environment is not the catalyst for this problem, it is an aggravating factor.

Lots of people talk about how women can find their voice on stage, (with credibility and self-confidence being the two main things addressed) but it’s rarer to see people address women’s challenges with boardroom communication.

Boardroom communication requires more than credibility and self confidence. Boardrooms are about interruptions, being ignored and being challenged. To deal with this, women need to ally with each other and amplify their voices. This strategy, called the Amplification Strategy, comes straight from the White House.

When President Obama took office, two-thirds of his top aides were men. Women complained of having to elbow their way into important meetings. And when they got in, their voices were sometimes ignored.

So female staffers adopted a meeting strategy they called “amplification”: When a woman made a key point, other women would repeat it, giving credit to its author. Women would hammer across one another’s points during meetings. After one woman offered an idea, if it wasn’t acknowledged, another woman would repeat it and give her colleague credit for suggesting it.

This forced the men in the room to recognise the contribution — and denied them the chance to claim the idea as their own.

The point here is that women do not get mentors and sponsors in the corporate world as fast as men do. So, they have to start peer mentoring to see the level of women in power rise. We have to learn to tell each other’s story not because we want to be nice, but that is the only way we will collectively rise.

Such an act doesn’t come naturally to us but with intention we can build the muscle of telling each other’s story. I recently did a course in which the participants were awarded for making someone else’s work better and not themselves trying to compete with each other. It completely changed the dynamics of the course and brought immense generosity. Women telling each other’s story is exactly the same thing. Think of women in the workforce as one big organisation and we are shareholders, if we tell each other’s story our value collectively goes up.

In my years of working in the corporate world, I have learnt that when women work together great things happen, but we use this weapon all-too-rarely.

Hope you enjoyed this read, if you did,  please share it  and join Storied Book Club by clicking here. If you are already a member of the book club, then Stay Storied! 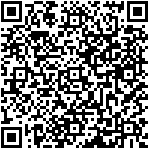