Storytelling : Women in Boardrooms Part 2 of 5

Oct 2019, I am invited to speak on Stories about Cultural Diversity and Inclusion at an event. After my talk, I sit down to listen to the next speaker who is sharing key findings of Women in Workplace 2019 report. I see a term flashed on the screen

Manterrupting : Unnecessary interruption of a woman by a man.

I had never heard of this term before and if someone had asked me before my research on women in boardrooms, ” what do you think about manterruption?”  I would have had no comments because even though it exists, I had not noticed there such a thing.

As my research is progressing I am noticing that plenty of men are also not aware that this happens. Manterrupting is a form of microaggression. Microaggressions are forms of everyday discrimination that are often rooted in bias. Whether intentional or unintentional, they signal disrespect and are more often directed at those with less power.

Before I share my researched strategies on some of the best ways to overcome this prominent issue for women in workforce, I suggest you watch this 2 mins 3 secs video on Manterrupting Compilation.

No doubt the video demonstrates extreme forms of manterruption and is mostly from media, politics and entertainment world.

But after watching this video I started to take notice of what happens in corporate boardrooms and unfortunately, manterrupting is not uncommon.

I will be sharing, what are some of the strategies to overcome this issue in some of my upcoming blogs.

This is 5 part short blog series called Women in Boardrooms which is written to make men aware and help women in the workforce with key communication challenges in a boardroom environment.

You can read part 1 Storytelling for Women in Boardrooms  here 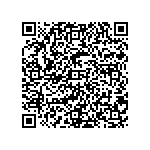