Guest Blog: IWD2021: Looking at what is holding women back

The theme for this year’s International Women’s Day, is “Women in leadership, achieving an equal future in a COVID-19 world.” Under-Secretary-General of the United Nations and UN Women’s Executive Director Phumsile Mlambo-Ngcuka’s statement called out the sobering reality that COVID-19 has taken a disproportionate toll on women world-wide, from poverty to violence to a disproportionate share of household burdens falling on women’s shoulders. While celebrating recent strides for women in leadership – with women assuming the helm at the International Monetary Fund, World Trade Organization and European Central Bank – she cited persistently low rates of women in political and business leadership and called for greater representation of women in the decision-making bodies that will be “making decisions about the future of the world and will be guiding this recovery.”

In a recent survey conducted by Chief, 350 professional women were asked what changes would help advance the cause of women, and 63% of respondents cited equal pay as the most important change, with more women in corporate leadership roles a close second. Third was better and more affordable access to childcare. Next was more women in government, and ranked lowest was longer paid maternity leave.

This low ranking of maternity leave might seem surprising at first. But while progressive leave policies are a part of supporting women in the workforce, they don’t address the major systemic challenges women face. In fact, there is growing evidence that even though more and more companies provide generous leave for new parents, there is a significant penalty for actually taking leave. The longer women are away from work, the harder it is to be promoted or get a raise, because they are seen as less committed to work. And, as is so often the case for women, there is also a penalty for not taking a long maternity leave: being seen as less likable because they are perceived as insufficiently committed to their families. This is the essence of what Joan Williams of Hastings Law School calls “tightrope” bias – women are damned if we do and damned if we don’t. If we conform to the feminine stereotype we are not seen as strong leaders and if we fail to conform to feminine expectations by displaying too much strength then we are seen unfavorably.

I am reminded of a thought-provoking article from the Harvard Business Review last March, What’s Really Holding Women Back? that may have gotten a bit overlooked, as its publication coincided with the onset of the pandemic. Authors Robin Ely and Irene Padavic identify a common belief that the reason women do not advance in leadership roles is their devotion to their families, which, the story goes, makes it impossible for them to devote the hours required by high-level jobs. However, as they note, the fact that this belief is widespread doesn’t make it true.

Ely and Padavic discovered a different narrative when they were engaged by an unnamed global consulting firm to help them understand how their culture might be hampering women’s advancement. In the course of their extensive interviews, they found that women were not more devoted to their families than men. Instead they discovered that men and women experienced similar work-family conflicts, but that women were encouraged to avail themselves of accommodations that took them off track for promotion, such as going part-time or taking an internal facing role instead of client work, while men were not. Underlying it all was a “culture of overwork that hurt both men and women and locked gender inequality in place.” The firm had a 24/7 work culture fueled by a pattern of behavior among the (mostly male) partners who consistently “overpromised and overdelivered.” Partners would make a pitch to a client promising to do twice the work in half the time of the competition, and then the consultants – both men and women – reported working long hours “killing themselves” to produce a 100-slide deck that was probably unnecessary. Ely and Padavic reported their conclusions to firm leadership:

“For the firm to address its gender problem, it would have to address its long-hours problem. And the way to start would be to stop overselling and overdelivering. The leaders reacted negatively to this feedback. They continued to maintain that women were failing to advance because they had difficulty balancing work and family, and they insisted that any solution had to target women specifically. Unable to convince them otherwise, we were at a loss for how to help, and the engagement effectively ended.”

If we are really serious about our commitment to women in leadership, we need to be willing to confront our deeply held beliefs about gender roles and stop punishing women both coming and going. But real change for women in the workplace requires a systemic approach, not just interventions targeting individuals or even groups. We need to be willing to do what the consulting firm refused to do: dig deeper and question our seemingly gender-neutral assumptions about work itself that depend on the ideal leader/worker being singularly devoted to work 24/7. We must challenge this culture not just because it is costly to both women and men, but also for the sake of the decision-making bodies that have been too long deprived of women’s insights and experiences which are so badly needed to solve the challenges of our time. 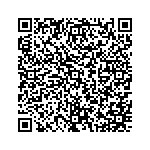