Eve is head of communications for a multinational organization. She called me for help in preparing a talk on trade law changes and their impact in her industry.

I asked, “Where do you want my help? Content? Delivery? Something else?”

Her response: “None of those. I have anxiety about this talk.”

Anxiety? Isn’t that a medical problem? I suggested we meet and talk. I asked, “What is causing the anxiety?”

She seemed uncomfortable. Then, with a sigh, she tells me: “Recently I presented to some senior business leaders, including my immediate boss. I knew some people in the audience don’t like me. After only a few minutes, I froze. I forgot what I came to say. I saw myself as a fraud and I felt that those who worried me had achieved their desired outcome. A couple of days later there was a rumor that I’m not on my A-game. I was very embarrassed. I now fear the stage.”

Her tears flowed. I frantically looked for some tissues.

Sadly, one failure and a rumor had defined Eve in her own mind. Transient failures can be fodder for a woman’s no-permission-to-fail mindset.

A study by HP showed that men happily apply for a job even if they meet only 60 percent of the qualifications. Women tend to hold back unless they meet 100 percent.8 They don’t allow themselves to fail.

I think one reason may be girls not playing informal sports during their formative years. Boys are into sports before girls, and I don’t mean formal sports—I mean play that happens at home in everyday life. They learn early on how to win, how to lose, and to be OK with either. Women don’t have the same preparation and are less comfortable with potential failure.

I asked Eve to acknowledge the rumor and tell a story that contradicts the rumor with a bit of satire. This is the result:

“What happened two weeks ago made everyone including me feel that my talks don’t really lead to the desired outcomes. Trust me, I have felt that way. So, I went up to my boss and suggested that maybe someone else should talk today and I was expecting her to say, ‘Yes, I agree.’ Instead, she walked up to the whiteboard and started scribbling all the talks I have been part of and showed me that one failed talk can’t be my personal lack of ability. I want to thank Vivian (my boss) for her faith in me, and with that, I will begin my presentation for today.”

By acknowledging the rumor and telling a story that contradicts it, Eve made a wise and strategic move. You too can go beyond the failures. Do not let them define you.

Use the power of a storytelling to be a perfect antidote to a rumour about you or your topic. 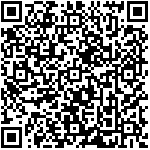