Storytelling :Women in Boardrooms Part 5 of 5

Recently, Sarah (not her real name) told me that she had received feedback from her boss that she needed to demonstrate more empathy. She was perplexed because she considered herself to be someone, who was not only professional but had strong social intelligence.

Feedback on personality traits and workplace demeanor can be a double-edged sword —women have been known to be penalized for characteristics that are valued in their male counterparts. For example, a study by Kieran Snyder, CEO of Textio, found that negative feedback on personality showed up 76 per cent of the time in reviews on women, while only 2 per cent in reviewes on men.

Geroge Lakoff, a retired Distinguish Professor at the University of California at Berkeley, pioneered the study of language and gender many years ago. His study revealed to us that “With men, we listen for what they’re saying, their point, their assertions. Which is what all of us want others to do when we speak,” Lakoff says. “With women, we tend to listen to how they’re talking, the words they use, what they emphasize, whether they smile.”

Armed with this knowledge, if women accepted every feedback given to them, women would be better off not saying anything at all.

“This stuff is just one more way of telling powerful women to shut up you bitch,” says Lakoff. “It makes women self-conscious and makes women feel incompetent and unable to figure out the right way to talk.” He adds, “There is no right way.” Especially if you want to sound like yourself, and not some weird, stilted robot.

To navigate this gender bias, women could listen to the feedback, assess the validity of the feedback and then decide what should be done with it. Women should by no means keep quiet! 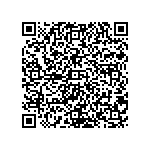