Women and Storytelling : Don’t forget the me

In my upcoming book Storied, I have written a little bit about communication challenges specific to women in workforce . In this short read I share one of them, a self inflicted issue which secretively transforms itself in to a roadblock to women’s stories being told. Despite being aware of this issue, I am a victim too. Let’s begin with me.

August 2019, Japan, I was starting a new project. I was extremely nervous, because there were too many new things.

I was feeling anxious about the unknown that accompanied the newness of the situation. I walked into a boardroom with more than thirty grey haired Japanese men sitting in the room. I was there to present the initiatives I had planned to solve a business challenge they had.

The goal was, by the end of this presentation, the audience must be convinced that I am going to lead them to success. I mustered courage to get started. As I was presenting, heads were nodding, questions were being asked and to my surprise, I had my best answers saved for that day. The key stakeholder is brimming with joy because it was his decision to bring me into the organisation.

I had just delivered, one of my present presentations ever. As we walk out of the boardroom, the stakeholder said, “Job well done!” Instead of saying thank you. I said, “ The audience was excellent.” He then says, “No, I mean it, you had immense clarity in what you were saying.”  I then respond by saying, “Your team gave me good insights to be able to handle the participants.”

He then turned around and said, “You were good Anjali, but you don’t want to accept it.”

At that moment I had an internal replay of a conversation between me and my husband. It was when we had just met and I was in my twenties. We were on a date and he said, “You are looking nice.” My response was, “Not really, I haven’t even combed my hair.”  After several such incidents he once told me begrudgingly, “ Why can’t you accept compliments? There is no point giving one to you.”

The second thing that hit me in that moment is what Claire Chapman the author of The Confidence Code shared. Chapman shared she had a habit of telling people she was “just lucky”—in the right place at the right time—when asked how she became a CNN correspondent in Moscow while still in her twenties.

Health writer Leslie Goldman addressed the issue of female discomfort upon receiving a compliment in her Health Breaks Loose Blog. When another woman complimented Goldman’s legs, Goldman said “‘Oh my God, are you kidding me?! My legs are covered with spider veins!’”

Women have difficulty owning their awesomeness.

According to social psychologist Laura Brannon, women who have high self-esteem may reject compliments because they want to seem modest and self effacing. Modesty, the ubiquitous cultural and religious culprit behind society’s obsession with cultivating demure, submissive and compliant women, has been inculcated in most women from an early age.

What’s more, women with lower self-esteem “are more likely to genuinely not accept the compliment because it is inconsistent with their self-concept and they find it threatening.” This behavior shouldn’t come as a surprise when everywhere we look, women are pressured to meet impossible standards of beauty. Just look at Sephora and ULTA, behemoth beauty brands, whose very business models depends on women feeling bad about themselves,,or at least, feeling the need to improve.

But  what is the perk of accepting confidence? It is simple, you don’t need your work to be downplayed. If you simply said thank you, you will acknowledge you are good at something. It will be hard, but say thank you and hold your thumb with your fingers, embrace the silence.

Another way to ensure that you accept the compliment inclusively and not exclusively is this.

Say, the team was good which enabled me to drive the desired outcome.

Say, the client was fantastic and that contributed towards me being able to deliver remarkably .

Don’t forget the “me” in your storytelling

Hope you found this insight on storytelling helpful and if you did, please share the article and join Storied Book Club by clicking here. If you are already a member of the book club, then Stay Storied! 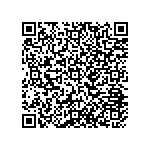