Storytelling : Women In Boardrooms Part 3 of 5

YEARS ago, while producing the hit TV series “The Shield,” Glen Mazzara noticed that two young female writers were quiet during story meetings. He pulled them aside and encouraged them to speak up more.

Watch what happens when we do, they replied.

Almost every time they started to speak, they were interrupted or shot down before finishing their pitch. When one had a good idea, a male writer would jump in and run with it before she could complete her thought.

I read this story on manterruption in The New York Times oped “speaking while female” by Sheryl Sandberg and Wharton business school professor Adam Grant 2015. My first thought was, does this really happen in today’s progressive world? It has never happened to me or anyone I know and I have been working in and with the corporate world for over 20 years now!

Little did I know, from that day onwards, I will notice manterruption and unfortunately, notice plenty of it. And upon reflection will be able to recollect moments when I have experienced it too. But only in the hindsight.

The reason why I had not noticed it before was because I was not curious about it. In his groundbreaking 1994 article ” The Psychology of Curiosity,” George Loewenstein informed us that we aren’t curious about something we are unaware of or know nothing about. We have to have some level of knowledge or awareness before we can get curious.Women not getting a a chance to tell their stories wasn’t a topic I was curious about. Clearly the bias is so strong that it removes any possible curiosity. But acknowledging that bias is an important step toward correcting for it.

In the same op ed,  Sheryl Sandberg and Adam Grant cite a research showing that powerful male Senators speak significantly more than their junior colleagues, while female Senators do not. That male executives who speak more often than their peers are deemed more competent (by 10%), while female executives who speak up are considered less (14% less). The data follows a long line of research showing that when it comes to the workplace, women speak less, are interrupted more, and have their ideas more harshly scrutinized.

Clearly, there is a problem, but more importantly what is the solution?

When Glen Mazarra, a showrunner at The Shield, an FX TV drama from the early 2000s, noticed that his female writers weren’t speaking up in the  room – or that when they did, they were interrupted and their ideas overtaken — he instituted a no-interruption policy while writers (male or female) were pitching. “It worked, and he later observed that it made the entire team more effective,” Sandberg and Grant wrote.

Seriously, stop an interrupter in his (or her) tracks. Nudge him, elbow him, or simply speak up to say, “Wait, let her finish,” or “Hey, I want to hear what Jess is saying.” The words are your choice — but don’t stay silent.

Create a Buddy System With a Friend

Or, better yet, if you’re a woman, create a buddy system with a friend who is a dude. Ask him to nod and look interested when you speak (when he’s interested, of course). Let him to back you up publicly in meetings. Seriously, try it. It’s not fair, no. But dammit, it works.

If you hear an idea from a woman that you think is good, back her up. You’ll have more of an effect than you think and you’ll establish yourself as a team player too.

Give Credit Where It’s Due

Yes, everyone wants credit for a good idea. But research shows that giving credit where it’s due will actually make you look better (as well as the person with the idea).

How Not to Be ‘Manterrupted’ in Meetings by Jessica Bennette

Speaking while Female by Sheryl Sandberg and Adam Grant 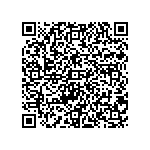