What I want you to do is to go back to how you felt on the first day of your job. You probably felt a mixture of excitement and uncertainty. You would have had an orientation and got to know a lot of exciting things through orientation. One of the topics flashed on the orientation slides would have been ‘Company Values’. You may not even remember this because most likely it meant nothing to you at that time.

Well, let me share with you my personal opinion on values back when I started my career. It was something that filled up the website and formed a rather beautiful framed art piece to decorate the office. That’s it!

It took 14 years of corporate experience for me to understand the Value of Values.

One of the things I was accused of in my career was seeking confirmation for every single decision to be made. It is an inefficient process, but in my head and heart I wanted someone senior to agree with me. Quite frankly, I loved being right and having a senior endorse your action plan was an affirmation that you always did the right thing. The trouble though was the time wasted in the process.

When I came to a position of a leadership, I thought, it would be great if there was a manual that I could give to my team that would tell them all the right things to do and make us more efficient as a team. So, I decided to give them guidelines on what is acceptable and what is not. I called for a meeting with my team and said, “If you can support your decisions as something that was made in an attempt to be creative and impactful, even if it is wrong, I will support you.” One of our company values was be Creative and Impactful. A very smart team member Rachel said, “You mean stick to our company values?”I stopped and thought – yes, stick to our values! There it is, after 14 long years, I now understood the functionality of values as the manual guide that aligns and contributes to a company’s efficiency. I walked out of the boardroom thinking how I wished somebody had told me what exactly those values meant when I first started, I could have been so much more efficient.

Now, understanding the value of values is one thing, but how you communicate them is another. The best way to communicate what your values stand for is through stories. Here is an example

I recently had an opportunity to work with the communications team of a multinational engineering and electronics company on Brand Storytelling. One of the participants told this story of living values in action

I was the newly appointed Corporate Communications Manager in our Jakarta office. During my orientation I was informed that the company allowed flexi hours and work from home policy. When I heard that I rolled my eyes and thought to myself- how is that even possible? There is always so much to do. On my second day at work I had to sit in an external meeting with my boss and it was my first chance to create an impression on him. So, I got myself ready well in time that morning. It was raining heavily but I was driving to work so I carried on without thinking too much about the rain. A few minuets later I found myself in a traffic jam due to the floods the rain had caused. I was stressed and sweating that I would not get to the office for my very first meeting with my boss. I called my boss and the PA informed me that the meeting had already started. I wanted to kill myself then. I somehow gathered courage and decided to sms my boss explaining that I was stuck. The response I got back from my boss was –Welcome to Jakarta, turn back and work from home. His behavior to me was a demonstration of values in action. One of our values was Fairness and he was being fair. I developed an instant likeability for him and learnt a lesson of making sure my behavior was in line with our company values. I call values something that lives and breathes. 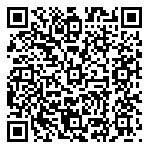