Storytelling: Addressing The Elephant In The Room

A senior business leader who is known to be a tough taskmaster and results driven, is taking over a new team. This leader has a clear idea of how to transform the new team into a high performing team. She writes a set of clear key messages and is keen to tell the vision story to the team but no matter how smart this leader is and how strategic these key messages are, the team will not perform.

Because there is an elephant in the room or in other words, there are stories the team is telling themselves which sound like this.

The newly appointed leader can only be successful in conveying the key messages if she first addresses these stories that the team members are telling themselves. And the best way to address them would be to tell a story of someone who is just like the audience.

Here is story that the leader told before she told the vision story.

I want to talk to you about two people whose examples can confirm that I am a tough taskmaster, but can also reveal some other things that you may not know.

Just like today you are new to my team, a decade ago in 2008, I took over a marketing team which I was new to.

When I took over the team I conducted one on one sessions with all the team members and its through that process that I got to know Sam  and Matt ( not their real names ).

Sam is now a senior director, but back in 2008 was a junior manager or I can say was no one really.

I have this vivid memory of being in a conversation with him and he mentioned that he is keen, passionate and wanting to do more. Just by speaking up, Sam catalysed a great career for himself. In the days to follow Sam worked on some of the best projects and now is one of the best marketers we have in our organisation. He did not get there by being scared, shy and fearing a demanding leadership. He got there by speaking up and wanting to do the best projects.

The other person I want to tell you about is Matt. Where Sam was keen to do more, Matt was very happy not doing anything.

But what is special about him is that no matter what you task him with, he gets it done in the shortest and most effective way. He has great people skills and knows how to work with the management too. It took me a while to notice, but he had a style of working with me too. He was aware that finding time with me for necessary approvals was never easy, so he had a very special routine which was to do all his prep in the morning, catch me at lunch time, get my approval, get everything done and leave work at 5 PM. I noticed his street smartness and gave him complex projects.

The point I am making is, if you have a special skill like Matt had of being able to navigate the management and other stakeholders, all the best work in this team awaits you. Look at Matt now. He is handling all the major projects and in my view he is one of the best marketers we have.

Whether you want to do a lot more like Sam or work smart like Matt, we have a place for you here.

It’s my job to find the best in you and set you up for success like I did for Sam and Matt, but that also requires commitment from you. So, yes I am a tough taskmaster but also someone who is waiting to build amazing careers for you.

So, rather than jumping to key messages and vision statements straight away, this leader practiced effective storytelling and told a story of other team members who have been successful under her even though she is tough taskmaster.

If you find yourself in a similar situation as this leader, here is the checklist 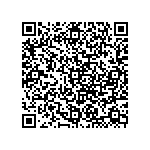