Storytelling: What do small businesses that became big have in common?

+These are some small businesses that became big and they have somethings in common.

Built into thier  marketing is a promise: a promise that you’ll deliver something desirable. And your customers often pay with their attention, trust, or credit cards before they know for sure if your product or service is what they need or want.

Sometimes this promise is stated to the customer, while in many cases it’s an implicit promise. An implicit promise is more powerful, because it’s not about a mere transaction. It’s not a simple exchange and it’s not easily measured. It’s more powerful because it goes beyond all of these things — it’s connected to the change you seek to make, and the psychographics and dreams of the people who want that change.

Watch this Video by Anita Roddick, Founder of Body Shop.

If you are time poor just move the video to 3.09 where she says “Every product had a story.”

The Body Shop is a cosmetics company that specializes in selling all-natural products. They make their cosmetic without using the harmful chemicals that many other cosmetics use.

The Body Shop’s motto is “Enrich, Not Exploit.” It is committed to enriching its people, products, and planet.

Watch this video by Tim Riley, Head of online experience at Warby Parker

If you are time poor move to 3.56 where Tim says  ” Really what I’m illustrating here- why Warby Parker has been so successful, especially at the beginning- a lot of the success comes around telling good storytelling. Storytelling is the oldest form of human communications, its how we relate to one another.”

And we all know that Warby Parker has a social mission to do good, distribute an additional pair to someone in need when pair is bought. 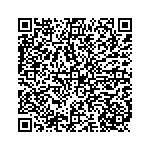