Storytelling : How Do Ideas Go Viral?

To study narrative is to examine ourselves. We think in story, process our world through the lens of story, and use storytelling to communicate ideas. One prominent economist believes that stories are the heart of human behavior. He says to understand the power of narrative is to understand financial booms and busts — and to prevent crises from getting worse.

Robert Shiller is a Nobel prize-winning economist at Yale. He’s written books and papers warning of bubbles in the stock and housing markets before they happened. At the World Economic Forum in Davos, Shiller discussed the topic — The Power of Narrative to Drive Human Behavior. Shiller didn’t mince words. “Most people think in narratives, but economists are terrible with narrative,” he said. In a follow-up interview on CNBC, Shiller said, “Last year I chastised the [economics] profession for neglecting what you media people know. Narratives drive human behavior.”

Shiller was referring to an address he delivered last year at the 129th annual meeting of the American Economic Association. In the speech, Shiller makes a surprising connection between the study of epidemiology and economics, an association he wrote about in his 2009 book Animal Spirits.

“The human brain has always been highly tuned towards narratives, whether factual or not, to justify ongoing actions, even such basic actions as spending and investing,” Shiller said in his speech. “Narratives ‘go viral’ and spread far, even worldwide, with economic impact.” Shiller says that the same epidemic models that trace how disease or viruses spread can be used to describe the word-of-mouth transmission of an idea. Stories spread ideas like a contagion—infecting one person and another, and another. Some ideas, of course, are great ones and should catch on. But some stories—once they go viral—can have a damaging impact on world economies.
**Source: Carmine Gallo | A Nobel Prize-Winning Economist Explains How Ideas Go Viral
https://www.forbes.com/sites/carminegallo/2018/01/26/a-nobel-prize-winning-economist-explains-how-ideas-go-viral/#726dbb7c1995
Share this article: 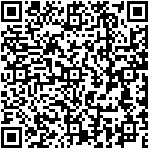