Empathy and its relationship with Storytelling 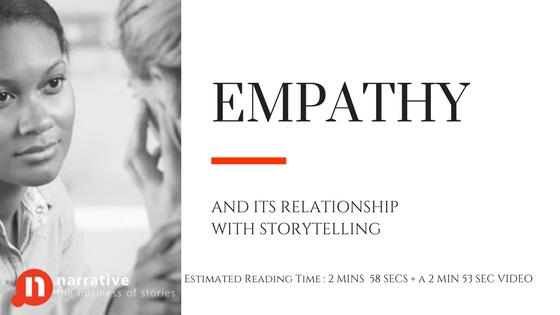 In his new book, Hit Refresh, Microsoft CEO Satya Nadella says his highest priority is renewing the company culture with “a growing sense of empathy.” The word “empathy” appears 53 times in the book, but Nadella admits he didn’t always have the empathy he does today.

However, much like many other concepts such as kindness, generosity and gratitude these concepts remain concepts at a theoretical level for majority of corporate professionals.

1. we do not understand the role of empathy in a Corporate Setting.

2. we don’t really know what empathy is and how to practice it

So, is Empathy even important in a Corporate Setting ?

*In 2013, Google’s Project Oxygen shocked everyone by concluding that, among the eight most important qualities of Google’s top employees, STEM expertise comes in dead last. The seven top characteristics of success at Google are all soft skills: being a good coach; communicating and listening well; possessing insights into others (including others different values and points of view); having empathy toward and being supportive of one’s colleagues; being a good critical thinker and problem solver; and being able to make connections across complex ideas.

Few years later Project Aristotle shows that the best teams at Google exhibit a range of soft skills: equality, generosity, curiosity toward the ideas of your teammates, empathy, and emotional intelligence. And topping the list: emotional safety. No bullying. To succeed, each and every team member must feel confident speaking up and making mistakes.

It is clearly an important trait to have in a corporate setting.

Now, do we know how to practice Empathy?

This 2 min 53 sec video by Brené Brown does a great job of not only explaining what empathy is but also how to practice it.

How does Storytelling help play a role in demonstrating Empathy?

**Sometimes, in a corporate setting even if we understand and feel someone else’s situation we are unable to find words to express after all, that is not the kind of communication we practice a lot in corporates. So, lack of practice plays up when situation arise.

Storytelling can be a great aid in such a situation.

On her blog, behavioral scientist Susan Weinschenk describes what happens to the brain when someone hears a story versus a bunch of facts and figures:

“Let’s say you are listening to me give a presentation on the global economy. I’m NOT telling a story, but giving you facts and figures. If we had you hooked up to an fMRI machine we would see that your auditory cortex is active, as you’re listening, as well as Wernicke’s area of the brain where words are processed. If you were reading a newspaper article on the same topic then we would see, again Wernicke’s area as well as your visual cortex as you are reading.”

But when someone hears a story complete with characters and emotional tie-ins, the listener is put in someone else’s shoes and experiences additional brain activity than if the storyteller was just reciting facts.

“If I started telling you a story about a family in South America that is being affected by changes in the global economy – a story about the father going to work in a foreign country to earn enough for the family, and the mother having to drive 100 kilometers for health care… what’s going on in your brain now? The Wernicke’s area would be active again, as well as the same auditory or visual cortices, BUT now there’s more activity. …And if I started talking about the devastation the family felt when their young son died before he could get medical treatment, then the empathy areas of the brain would be active.”

Empathy has a huge role to play in Corporate Setting.

Empathy can be developed as a skill

Empathy can be practiced by Storytelling

**The Power of Storytelling: How to Build Empathy with the Right Narrative 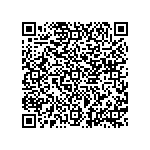